Getting to know us: 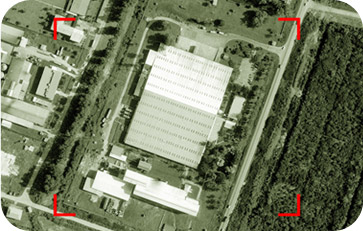 Caribbean Container Inc. (CCI) commenced commercial operations in 1983 via its Box Plant; initially trading under the name SAPIL and from 1999 as Caribbean Container Inc. The Company’s Paper Recycling Plant was commissioned at the end of 2002, and operated for some 15 years until the Company’s Board of Directors suspended operations of the Mill in 2017.

The company, initially a state entity, was privatized in 1992 and saw a number of changes in majority ownership up until January 2007 when the holding company of the majority interest – Demerara Holdings Inc. was acquired by Technology Investments and Management Inc. The Company has since benefitted from operational and financial restructuring, and has recorded steady growth in annual performance. CCI provides direct employment for over 100 persons covering a wide range of disciplines.

The Company manages its operations and affairs in a responsible manner, guided by strict observance of legal and regulatory obligations. The Corporate Governance Model adopted by the Company has underlying principles of integrity, objectivity, transparency, a clear definition of functions, management independence and accountability.

Corporate Governance at CCI is underlined by a triple bottom line approach, with emphasis placed on people, planet and profits. The well-being of employees, fair dealings with customers, suppliers and other stakeholders and the equitable treatment of shareholders are mandated under the triple bottom line approach, along with the generation of profits from sustainable operations carried out in the most environmentally conscious manner.

Under CCI’s Corporate Governance Model, the Board of Directors also has the responsibility to establish the general orientation of the Company’s business and formulate the respective economic-financial policy. The Board also has the responsibility of supervising the management and operation of the Company deciding on questions relating to strategy, investment, organization and finances. In this vein, it functions to ensure that the Company maintains a system of internal financial control that provides reasonable assurance that the financial information used within the business is reliable and that the assets of the business are safeguarded.

An ecologically balanced environment is essential to a healthy life and the survival of humanity. For CCI, the preservation of nature is crucial to its own existence and the development of its business. CCI works to improve the quality of life and to preserve the environment, based on the principle of sustainable development and recognizing the role of private enterprise and the influence of free, competitive markets.